Failure is part of success, especially for women:

Failures shouldn’t be treated as the end point. Failure is the part of success.

What is a success for you? Achievement of goals, earning money, establishing a reputation? Do you succeed in getting all of these every time you attempt for something? You can wish for that. But the odds of being successful in such an attempt are quite rare. So, doesn’t that make it clear enough that failure is part of success?

For women, failures could be more intimidating as compared to men. Probably because they are judged on their abilities for every mistake that they make, according to Linda Kramer Jennings: “Research has shown that women are judged more harshly for their mistakes than men and may respond by being more risk-averse,” This does justify the fear of women, but it must be realized that this fear can actually be daunting for the long term success. Women, particularly, and society as a whole must be taught about the importance of failure in achieving success.

In this article, we’ll be focusing on this aspect and will try and show you that failure is important, and it is undoubtedly the part of the journey to success. Apart from that, the factors making failures more difficult would also be under discussion.

Why is the failure part of success?

It seems a bit confusing at first, but a deeper overview of this phrase can unwind a lot of hope and motivation for everyone. How? Let’s have a closer look.

Imagine a student who has always secured an A grade in school. Do you think he/she would be open to any sort of criticism? Would she be seeing things from a different perspective? Not until he/she would face the failure.

The failure in life actually makes you stronger. It allows you to accept things as they are, and ultimately, you evolve to be a stronger person. “Success is a lousy teacher. It seduces smart people into thinking they can’t lose”. This quote from Oprah Winfrey actually summarizes the point that we are going to make here.

In order to gain success, you are probably abiding by a strict plan of action. With that plan of action in mind, you aren’t aware of the other success opportunities that can be part of your life or action plan. So, once you fail, you tend to reevaluate the scenario and incorporate some of the other factors that were previously ignored.

In many cases, some opportunities could be totally inexistent at the initial stage. They could also arise just because your idea or plan did not work in the same way as it should have been, and you found another ray of hope that could give you a lot more success in comparison to the previous ides.

John C Maxwell rightly said: “Good ideas come from bad ideas, but only if there are enough of them.” so one thing that you should keep in mind is that you should keep on doing what you want irrespective of what others have to say, and you are definitely going to land upon something unimaginable.

Failure can give you a reason for learning new things:

Failure can be a good teacher. You can learn from your mistakes if you have the right attitude. People who succeed actually miss the points related to what should they never do. They only focus on the great points, and when they are stuck in a situation where they have to focus on the “don’ts,” they don’t have a clear roadmap.

The feeling associated with failure can make you more determined and passionate about the goal that you wish to achieve. You just get yourself fully involved in the goal and ensure that you get the desired objective in any possible way. This is the most likely, or you can say the most optimistic scenario that we should adopt in case of failure.

Unfortunately, that is not the case every time, and this is amongst one of the reasons that failure is looked down upon by many. But this is where you need to transform your thought process and get up once again to achieve what matters to you.

“Our greatest weakness lies in giving up. The most certain way to succeed is always to try just one more time.” Thomas Edison. This one more time is all that you need to achieve success.

In case, you are off the view that the successful people out there had all the opportunities created for them readily or they were fully motivated at all times, then you are totally wrong. Every individual is the same and has to go through a lot in life. But in the end, it is their determination that actually makes them strong enough to handle the failures and appear as a success story for all of us.

Failure can show us who we really are:

Enjoying success, laughing around, and achieving objectives is good. But that actually creates a cover on our personality, and we tend to ignore who we actually are, what the problems in our personalities are.

Having an encounter with failure can actually make you aware of the hidden or forgotten part of your personality. It can uncover your hidden talents. The talents that you were unaware of. A deeper dive into your personality can improve the level of your confidence, and it can make it possible for you to let go of the harshness of the failure and embrace the success in a better manner.

Failure can make you creative:

Although this could not be one of the best ways to enhance creativity in you. But failure can definitely enhance the level of creativity.

You can come up with new ideas that aren’t in the market already just because after the failure; you want everything to be totally perfect. The new thought process is, in most cases, the reason behind the innovation and the creativity that can because of the actual cause of success for many of us.

Failure can keep you committed to our roots:

It has often been that success comes with an arrogant attitude. But this is mostly true for people who haven’t seen failure in their life. You have got it right. If you are actually looking to stay humble and respectful towards others, then getting a few failures in life is a must.

It might feel that you won’t change, but it is usually not about your own will. The lack of failure automatically allows arrogance to become part of the personality. You might not even be aware of it most of the time, but the ones around you can definitely tell. So, this is another thing that highlights the importance of failure.

Failure can make you a good mentor:

Failing in tasks or failing in life can enhance your experience to a considerable degree. This will make you a good mentor for the others. Moreover, you’ll be more conscious while guiding others about the things and decisions that could actually lead to failure. So, you can easily expect to have your names in the leading mentor. But for that, accept failures with an open heart.

Why is failure difficult to handle for women?

You would have seen some women who aren’t willing to take the first step. Why? Just because they are too scared of the failure and are thinking more about it as compared to the chances of success. What do you think is the reason behind that? According to our opinion, there could be a number of factors, and we would try to cover each of them briefly in this section.

Mostly, women around us lack enough support to make decisions. People around us don’t take the failure of women equal to the failure of men, putting the women under more pressure. Unlike the situations where men fail, women’s failure is attributed more to the lack of relevant skills; rather than a simple series of events that could be responsible for the failure. Such double standards show the overall lack of support that we, as a society, have towards the ventures or dreams that women have.

Another important this that highlights a higher backlash on the women’s failure is their higher emotional attachments, which could actually be hindering them from making the right decisions at the right time, and the end result of such a situation is a failure.

Moreover, even after the failed attempt, most of the women leave their goals and settle for what they get because of their strong emotional influences. They fail to notice that no one in the world gets success in the first attempt. And even we do not measure success with such parameters..

Success is to keep on failing as many times as you have to unless you finally achieve what you aimed for. Rightly said by  Arianna Huffington, “We need to accept that we won’t always make the right decisions, that we’ll screw up royally sometimes – understanding that failure is not the opposite of success, it’s part of success.”

Many of you won’t believe it, but the concept of the glass ceiling is real. There is a certain mindset that actually hinders the woman to grow. It can be evident from the women’s leadership statistics that we can see around the world. Only a limited percentage of women manage to get to the executive level, and even a thinner majority attains the position of the CEO of the company.

Similarly, the wages and remuneration for the women – doing the same jobs as men – are lesser. So, all these things going around us create a higher pressure on women to succeed every time without giving them a chance to fail. Isn’t that unjust?

But what should be done?

When we already know that failure is just part of the success and has to be the first step in the achievement of success, then we must show an accommodating attitude towards women. We should not go by the assumption that failure for women means she is not competent. It should be taken the same as the failure of men.

New chances and encouragement must be shown to highlight the importance of failure in life. Such an attitude from society as a whole can actually help women in achieving the above-stated objectives from their failure as well.

Rightly put by leaders and activists, failure is part of success. It can make you stronger, brighter, and more resilient. You can learn from it, know the other side of the story, and the feeling that comes with the failure. However, you need to embrace it with the right approach.

It is very easy to go astray when you encounter it. You can develop anxiety, lose hope, or some people can even enter the depression phase. But you need to make sure that you keep the positives of failure and its importance under consideration. This will bring up a better you for yourself and society.

Let us know what you think about failure, and what’s your mechanism in dealing with it?

Mohit Soni is a nerdy programmer with exceptional entrepreneurial abilities. With his fresh ideas and excellent knowledge about social media platforms, he is contributing passionately to the success of Doers Empire Media. He believes in taking risks for personal and business growth, and the result is constant learning and adaptation, at both levels.

Different Levels of management and their functions: 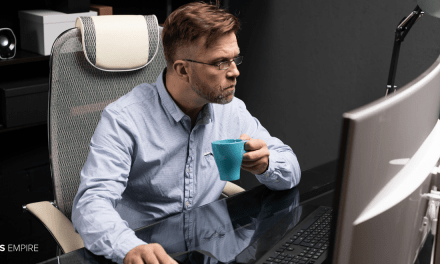 7 Steps to Acquiring a Small Business

Ecommerce, and the Stats Behind Successful Stores

Detailed review of Employment VS Business

Join the community of Entrepreneurs 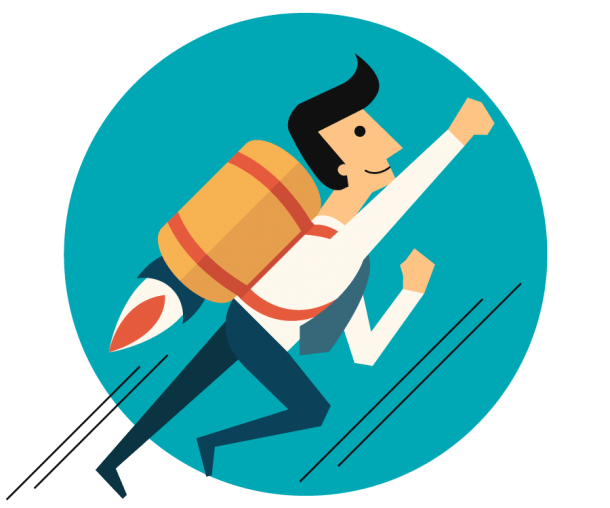 Be first to register for our completely FREE E-Book about Entrepreneurship and Online Business Success with Top 100 Proven Methods which can improve your overall Life.