Mark Zuckerberg had a rollercoaster ride this decade. Facebook made itself a prominent player in the tech industry; meanwhile, Mark Zuckerberg scandal and Facebook scandal have pulled him downwards.

Mark Zuckerberg does not need any introduction today. This is because of the hard work that he has done in all these years. You might not have known Mark Zuckerberg 10 years ago. Wouldn’t you agree?

Most of the articles that you would have read would be discussing the positives that he has achieved in these 10 years. But here we’ll be focusing on the milestones and Mark Zuckerberg scandal, both, that he has faced in all these years.

When we talk about the achievements of Zuckerberg, there are some scandals too. You can also consider these Facebook scandals as a balancing act for the success that Zuckerberg and his company has made in the entire year.

The success of Mark Zuckerberg started in 2010:

In 2010, he was named as the person of the year for Times Magazine. And this was not the only year to have this title. He got this title for 7 consecutive years. And this was mainly because of the success of Facebook.

With the success of the major social media forum came the period of his stardom. Even his success was also portrayed in the form of a movie “the social network.” But if you want to watch it as a documentary on the company or the leader himself, then Zuckerberg has given a disclaimer about it that not all the facts quoted in this film are accurate. So, you can watch it as a movie but don’t rely on the facts.

2011 and the personal life of Mark Zuckerberg:

This was the year when the founder of Facebook decided to settle in his personal life along with his girlfriend, Priscilla Chan. Palo Alto was chosen as the place to live. At this time, he was rich enough to buy five houses in total. One for both of them to live and the surrounding four to maintain their privacy. Do you know how much did it all cost? $50 million.

In 2012, Instagram was made the part of Facebook Company. Initially, it wasn’t considered a very good move by Zuckerberg. But fast-forwarding it to “now, every one of us would agree that this was a great step taken by a visionary leader. The total cost of Instagram at that time was $1 billion.

Another important event that is part of Facebook history is the initial public offering of the company. It went quite well. The value of the stock was $38 per share.

2012 was a happening year for Zuckerberg in terms of both private and professional life. He did not only go for making his company public, but his personal life changed a lot.

He married his girlfriend Priscilla Chan the very next day of the IPO, celebrating his success. Just to add in Priscilla Chan graduated from the medical school just then and had her name changed to Dr. Priscilla Chan

In 2013, you can say that the history of the Facebook scandal started. Everything was going well when Zuckerberg got his account hacked. If you don’t remember this incident, then you’ll definitely be amazed and worried too. If Zuckerberg can’t keep his account safe, how can he guarantee that for you? Yeah! Privacy concerns would always be there.

But why was his account hacked? Thankfully, it was done by a white hat hacker. He wanted to point a loose security point for Facebook, but when none of the team members paid any heed to it, he posted that bug on Zuckerberg’s account. Just to show that the accounts of the users can be hacked.

As we said that, the history of Zuckerberg scandals goes back to 2013. This was another scandal that the owner of Facebook had to go through.

Facebook was alleged to conduct a psychological survey in the year 2012 on 70,000 participants. And obviously, it turned up as a scandal because it did not get consent from the users who were being tested.

Facebook COO Sheryl Sandberg said, “This was part of ongoing research companies do to test different products, and that was what it was; it was poorly communicated. And for that communication, we apologize. We never meant to upset you.”

The experiment was to omit certain words from the newsfeed and see the reaction of the users. We are not sure if these results from the survey were ever revealed, but yes, it created a bad name for the company definitely. However, as more people were joining the platform, Facebook quickly overcame this scandal.

2015 – First daughter Max came to the life of the couple:

Just five years ago, Zuckerberg and Chad became parents to a daughter Max. This was definitely a life-changing moment for both of them.

Chan Zuckerberg was started as an initiator to celebrate this moment. $45 billion or 99% of their Facebook shares were to be contributed to “advancing human potential and promoting equality.”

Role of Facebook in removing the iconic Vietnam War picture:

In 2016, another Facebook scandal that came to limelight regarding the content of the company was the spread of false news regarding the election campaign.

None actually realizes this scandal of Mark Zuckerberg, but when a post from Buzz feed showed a comparison between the truth and fake news, the things got problematic. The point of this post was to show that the fake news became more prominent on the forum in comparison to the true one.

When Facebook was under the scandals, Zuckerberg had his second daughter. Chan and Zuckerberg named her August.

This one is the recent Mark Zuckerberg scandal that most of you would remember as well. If not, then here is a link to the complete detail of this article as well.

In this scandal, the data analytics company collected the data of millions of Facebook users without their consent. A testimonial in April 2018 was also given by Zuckerberg in front of Congress, and here he confessed the breach of data.

In 2019, a fine of $5 billion was levied on the violation of user privacy:

FTC fined the company for the violation of user privacy laws. This fine for a tech company was one of its kind, and no previous examples of such heavy fines could be found.

The latest scandal through which Mark Zuckerberg and his company are going through is regarding the non-inhibition go political ads. The non-limitation of content would lead to manipulation of results in the 2020 US elections. The criticism is higher this time because the company has already been showing the loose ends in their system, and even its competitor Twitter has shown its resolution to limit the fake propaganda in the upcoming campaign.

With all these scandals of Facebook. You cannot say that the decade was simply marvelous for the company, but yes, it is great in the sense that a new technology giant established in the last decade. And it is because of the existence of this company that these scandals actually exist.

So, we leave the final decision up to you. You can decide if this decade was a decade of success for Zuckerberg or the decade of scandals. Let us know what you think about it. 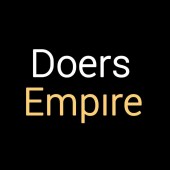 Our editorial team handpicks the most valuable topics for our readers. Doers Empire is all about business and our community of doers across the world visit our website for the latest business updates and entrepreneurship trends. Follow doers empire on our social channels for more business related content.

You can be CEO material, if you have these 11 qualities

Spelling check – is it called start up, startup or start-up?

Knowing how to set goals is more important than the goals